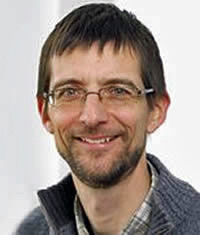 I was born in Hillerød (city just north of Copenhagen, DK) not that many decades ago and except for a few years in the US I have lived here ever since.

After high school I joined the navy for almost a decade. I got an education as an engineer and served mainly on missile-torpedo boats of the Willemoes class as lieutenant-commander with responsibility of all the technical stuff. Great ships and great fun!

During this time, I also met the love of my life (aka future wife), Tina.

Changes in the structure of the navy, as well as me growing up, made me seek another career. Biology had always been close to my heart, so the choice was easy.
I had some money saved from the navy but had to work nights and study during the day.  Five years later I got my master’s degree in biology (The genus Penicillium in heathland soils in Denmark).  We got our first kid, Louise.

Just after I had completed my master’s degree, I was lucky to be part of a large research program concerning Growing media based on alternative biological materials.  At this time our second daughter, Laura, appeared. My PhD thesis research was part of this large research program (The fungal succession and changes in microbial biomass during composting of Miscanthus straw).

Just after I had completed my PhD defense, our youngest daughter Lea joined up.

Following the completion of my PhD I participated in a microbial conference in Halifax, Canada and presented some of my work. An American guy was very interested and suggested that I should visit him. I said, send me a plane ticket and I will come!  Half a year later I was standing in Orlando airport a very early morning with my wife and three very young and jet-lagged girls (then aged 1, 4 and 6) waiting for a guy I had talked with once 6 months earlier.  Fortunately, it all went extremely well thanks to the great hospitality and help of all the people we met.  During our stay I was working for NASA on their program, Advanced Life Support aimed at life support for astronauts during prolonged space missions, e.g. to Mars.  This was a unique time where we discussed some of the basic questions in microbial ecology, e.g.: how many species must a community have to be resilient against changes and how does pathogenicity develop.

After about two years in the US we returned to Denmark and I got a post doc position at Lund University, Sweden working on a program aimed at enhancing reforestation of former agricultural soils. My part concerned investigating the microbial community in these soils using DNA tools.

In 2002, the Danish Technological Institute was seeking a biologist with experience in identification of mold fungi (that was about half my PhD). I was very lucky to get the job and have been there since. I have been working with quite different topics ranging from mold problem in moist houses, wood deteriorating fungi, indoor climate problems to wood preservation and testing. For the last 13 years or so wood preservation has been my main topic. Especially in connection with the European legislation: Biocidal Products Regulation (BPR) that is the main driving force in approval of wood preservatives in EU. My work includes efficacy testing, environmental risk assessment and preparation of dossiers for the authorities. Quite a challenging job!

I have been a member of IRG since 2006 and my first conference was in Tromsø, Norway. I have participated in almost all meetings since. In later years I became the Convener of Working Group 5, a member of the Scientific Planning Committee, and I am currently a member of the IRG Executive Council.

My work also entails being the Danish representative in the European standardization committee for wood preservation (CEN/TC 38), involving the last year as convener of one of the working groups (External Factors – field and aging tests), secretary for the Danish control body for the Nordic Wood Preservation Council and as being responsible for quality performance of all the accredited laboratories (ISO 17025) at the Building and Construction Division of DTI.

In my spare time I enjoy cooking, good wine, gardening and sports (cycling and swimming) – best of all in company with friends and my wonderful family!